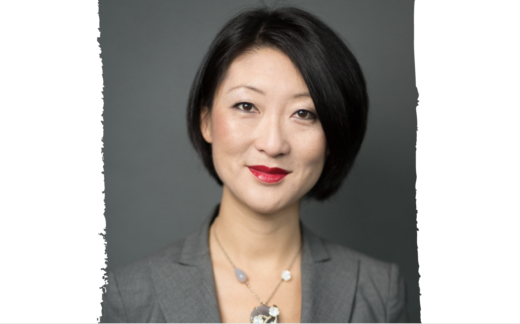 Fleur Pellerin was born in 1973 in Seoul. In 1974, she was adopted by a French family and subsequently spent her childhood in the Paris region. After graduating from ESSEC (Graduate Business School), the Paris Institute of Political Studies (“Sciences Po”) and lastly ENA (National School for Administration), she joined the French Court of Auditors in 2000.

On 16 May 2012, Fleur was appointed to Prime Minister Jean-Marc Ayrault’s Government as Minister of SMEs, Innovation and the Digital Economy. During this time, in addition to launching the “FrenchTech” movement and carrying out various tax and regulatory reforms to support entrepreneurship and investment in France, she strove to make digital a key focus for the Government and the country through various policy programs including infrastructure, investment, or higher education. In April 2014, she became Secretary of State for Foreign Trade and Tourism and then Minister for Culture and Communication in August the same year.

Fleur left Government in February 2016 and founded Korelya Capital, a Paris based Venture Capital fund whose mission is to invest €200 million, provided by the South Korean Internet giant Naver and its subsidiary Line, in European fast-growing high-tech startups. Fleur is a director of Schneider Electric, KLM, Talan, Devialet, Reworld Media and Naver France and also sits on the boards of various institutions or think tanks.