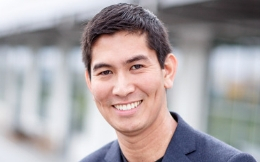 Dex Torricke-Barton is a former head of executive communications for Facebook, and over the last decade has advised some of Silicon Valley’s most prominent leaders and companies.

After beginning his career as a media consultant for the office of UN Secretary General Ban Ki-Moon from 2008-10, Dex joined Google as the company’s first executive speechwriter, where he supported Executive Chairman Eric Schmidt. From 2012-16, Dex led executive communications at Facebook, serving as a speechwriter for Mark Zuckerberg. Subsequently, he led communications for SpaceX, Elon Musk’s rocket company based in Los Angeles.

Dex is a frequent public speaker on issues around global connectivity and emerging technologies, and a New York Times-bestselling ghostwriter. He currently serves as the Chief of Staff at the Brunswick Group in London.

The Impact of Technology

Far away from rural India, how can Silicon Valley tech giants leverage technology to bring about social & environmental change?